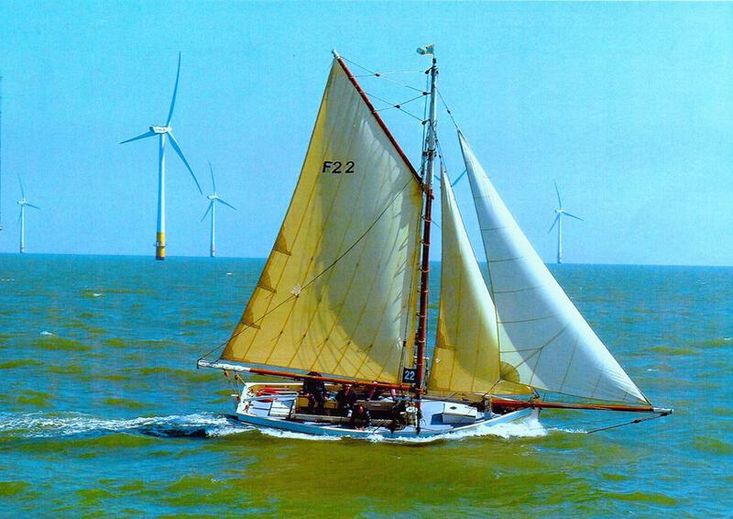 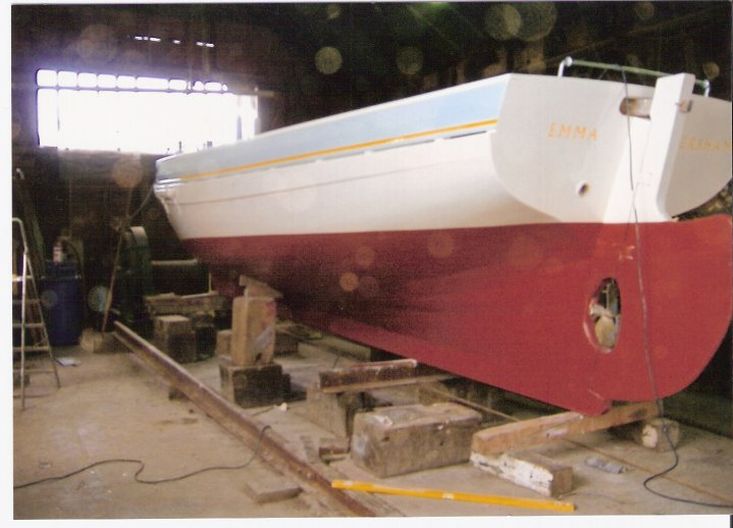 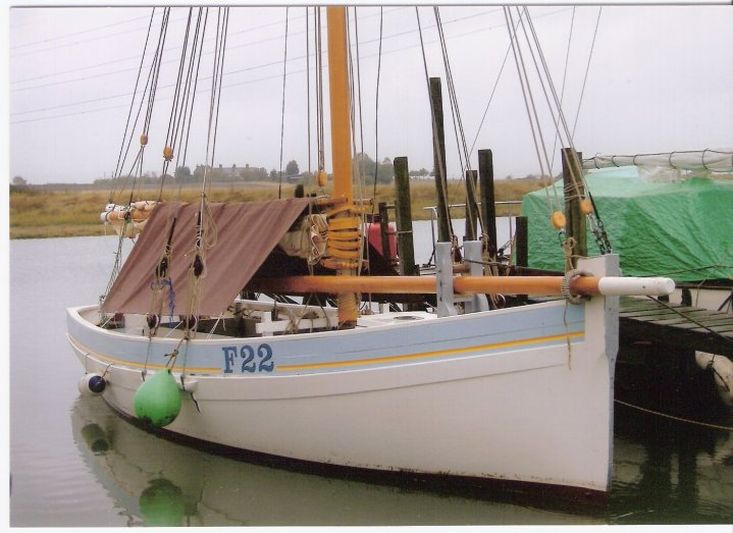 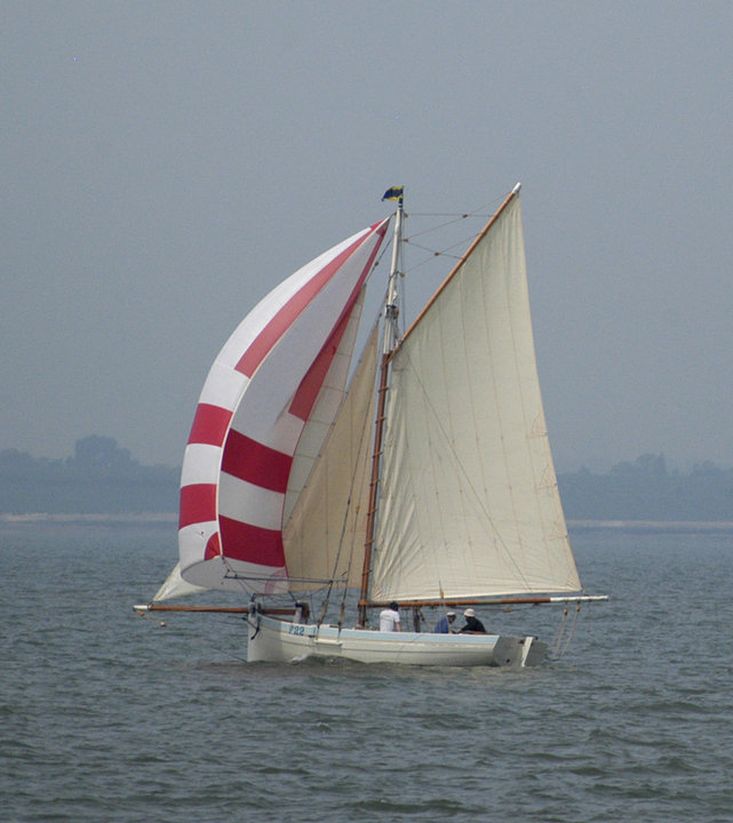 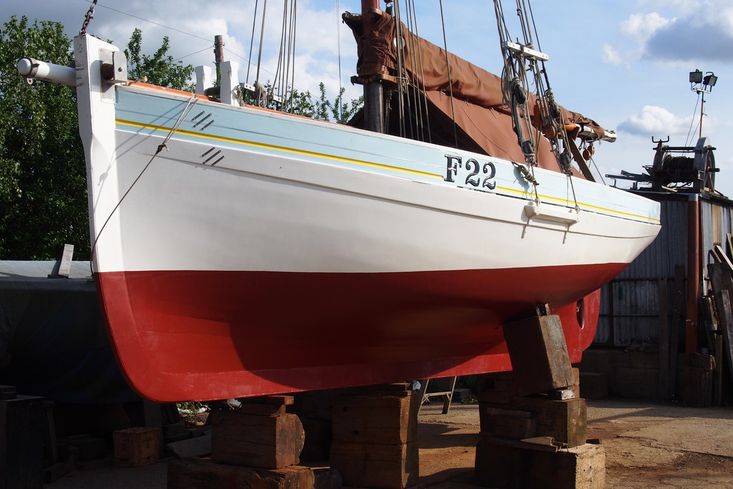 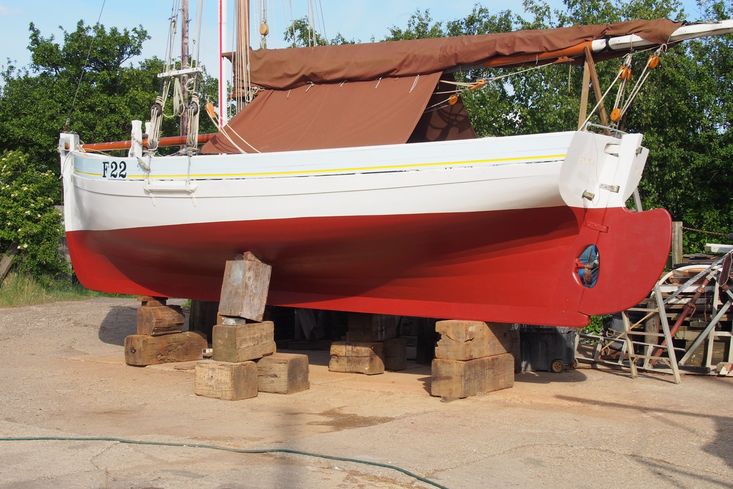 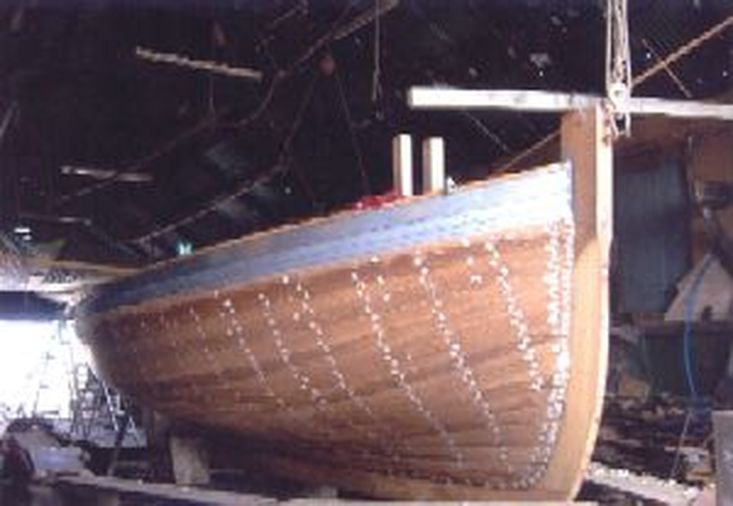 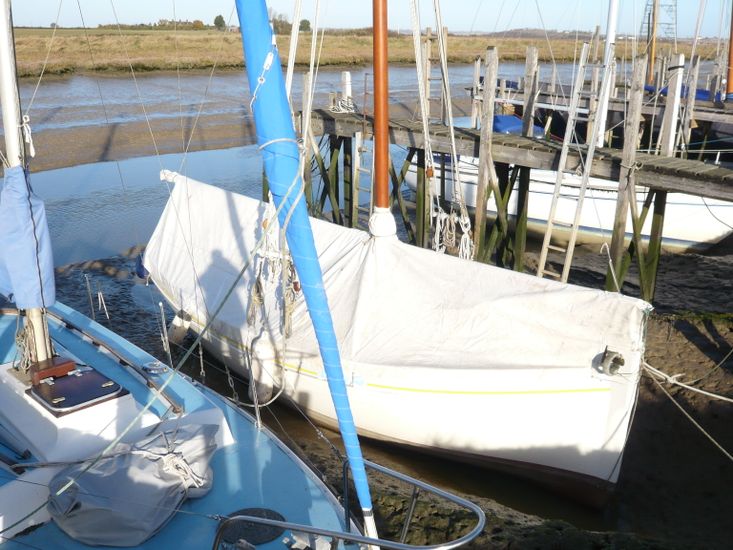 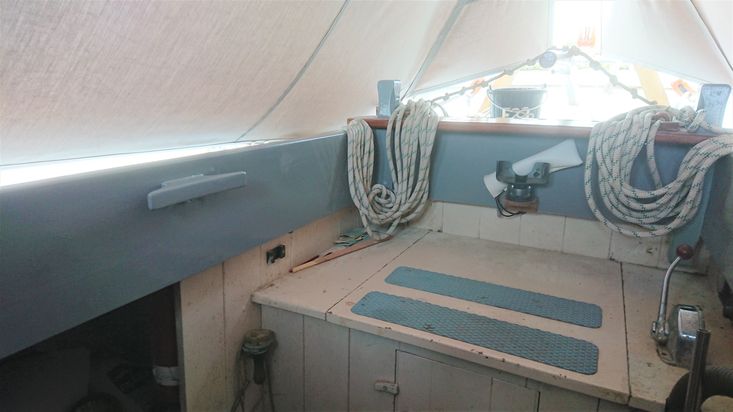 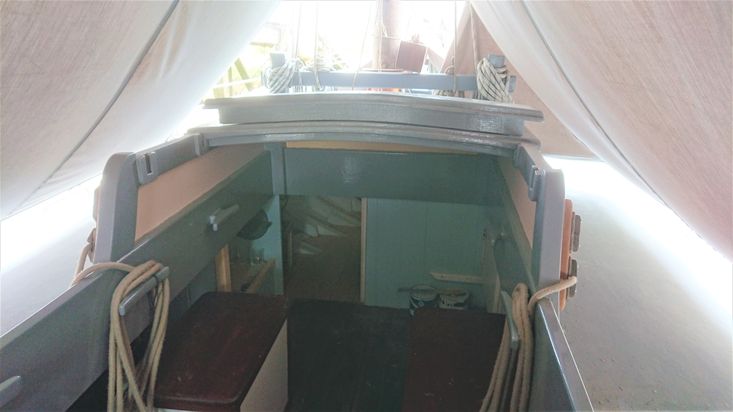 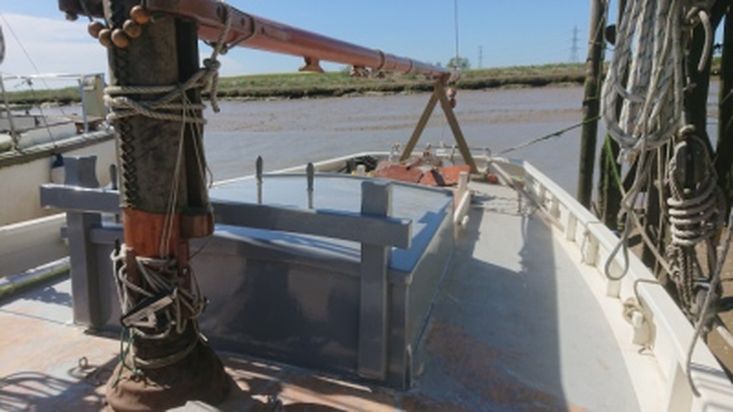 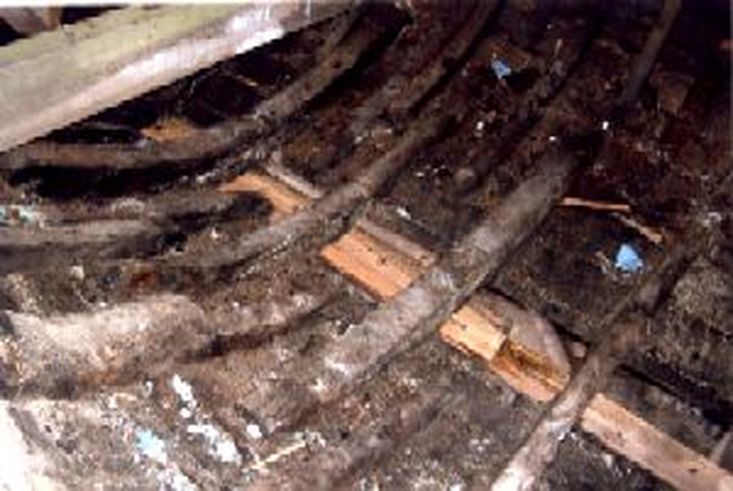 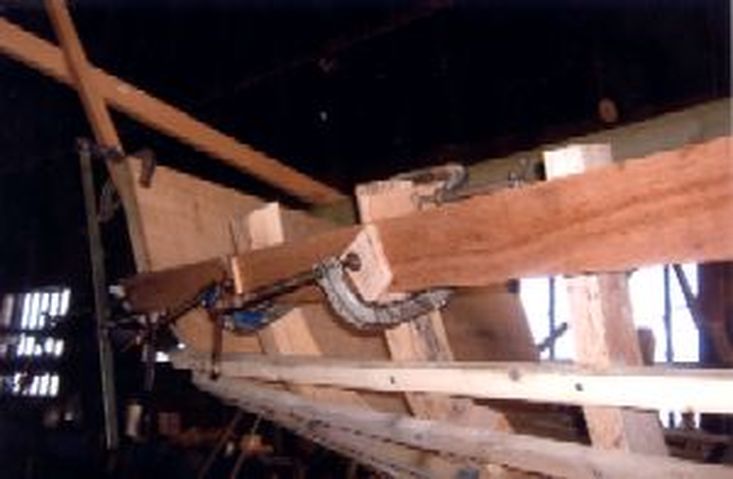 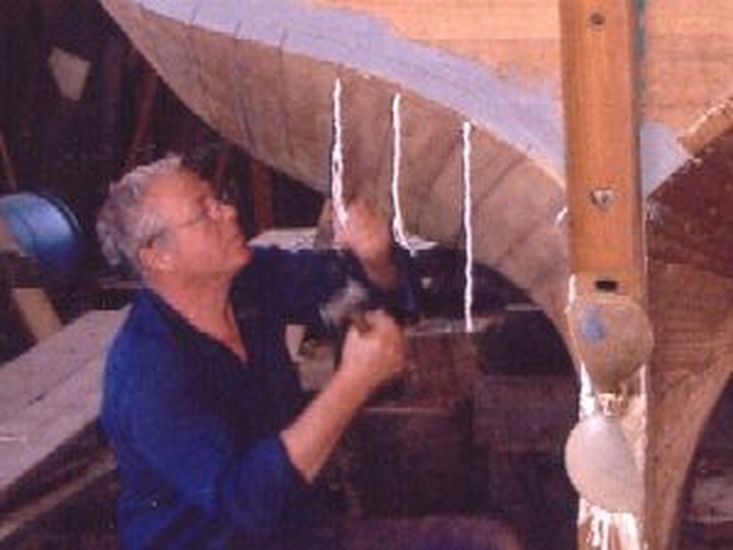 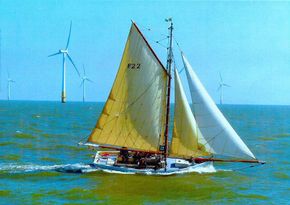 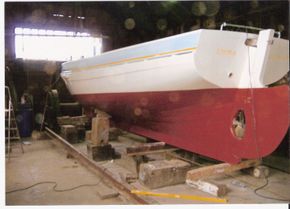 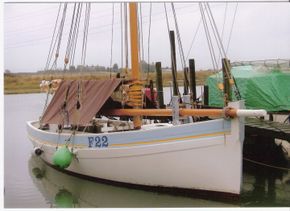 waiting on her mooring 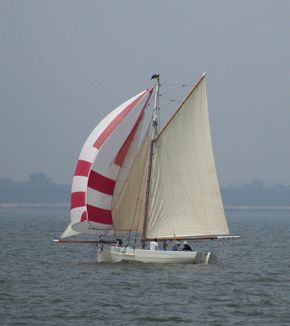 racing in the Swale match 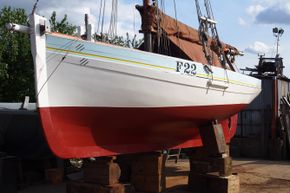 underwater from the bows 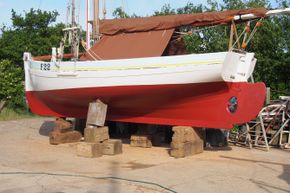 underwater from the stern 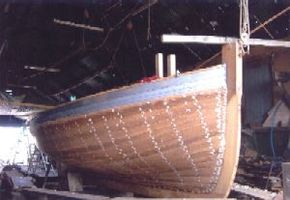 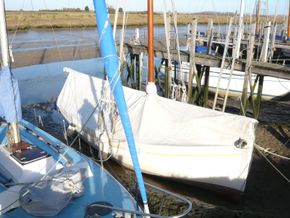 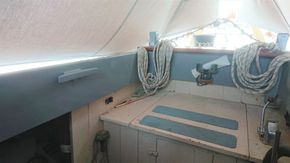 looking aft in the cockpit 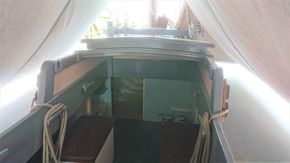 looking forward into the new cabin 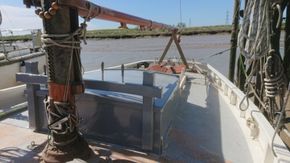 room for two sleeping under the foredeck and a small cabin on the forward end of the open cockpit with room for storage and a cooker. there is a full all over boom tent for additional accommodation.

Hull re-planked in Iroko on grown oak frames with a center line of Opepe.
Decks of 3/4" marine plywood epoxy sheathed. 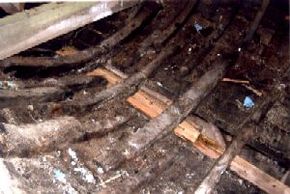 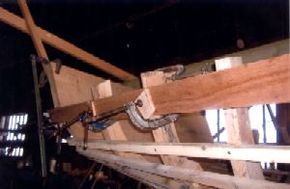 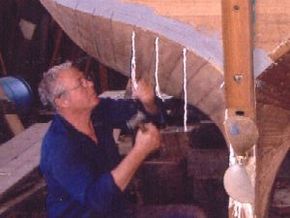 last of the caulking

The engine was new at time of the re-build and has been regularly serviced at the beginning of each season.

All items were new at time of re-build in 2008/09. Main pole mast, boom, gaff and bowsprit all made of douglas fir.
Mainsail and staysail of natural clipper canvas. Working jib, no1 jib, tow foresail and storm jib cream polyester. Balloon jib cream nylon and a second hand red/white spinnaker. All rigging is heavy duty galvanised wire and the running rigging is mainly multiplatt.

life belt and a spare anchor

Boats for sale
by continent

Boats for sale
by country